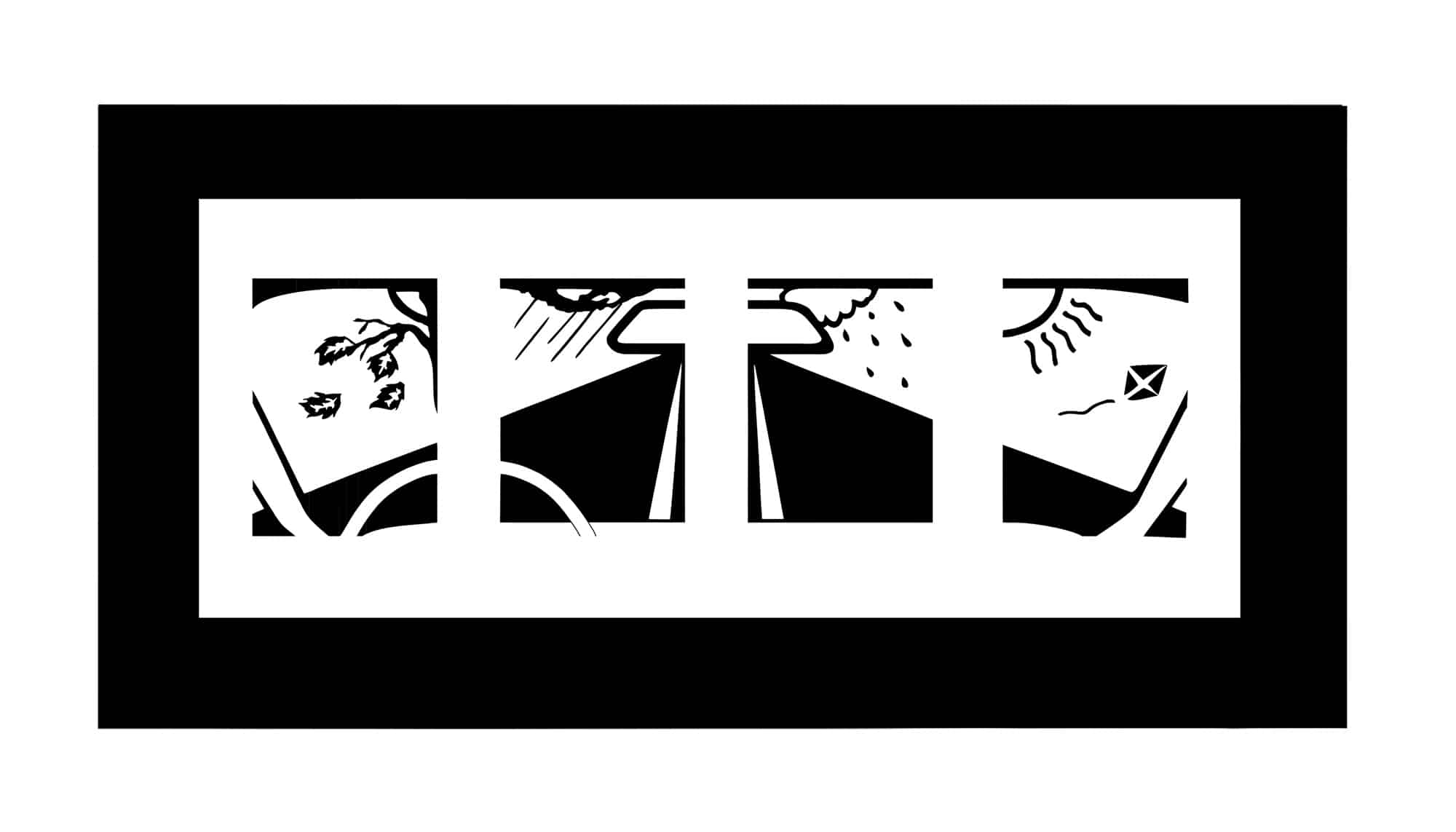 The Four Seasons is a paper cut design depicting the four seasons of the year in 4 separate panels.  The concept for this design is based on outside weather conditions during each of the 4 seasons of the year, while driving a car.  The 4 panels are spread horizontally to give the impression of a windshield.  From left to right, the first panel depicts what might be seen while driving during fall, the second during winter, the third during spring and the 4th during summer.

The original width and height of the display is 24″ x 12″. It was created by physically cutting and pasting black paper on a white background, then pasting the white board onto a black one.  The final image was scanned in 2 halves and imported to an Adobe Illustrator canvas using Live Paint. After joining the 2 halves, deleting and cleaning up many errant anchor points and readjusting straight and curved lines, it was saved for the web in .PNG  file format.

Captivating graphics customized for the web!

Please let us know how to get back to you.